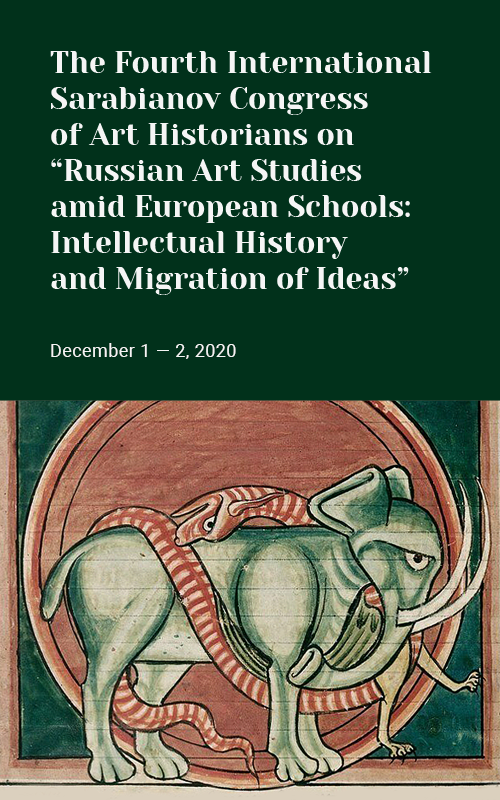 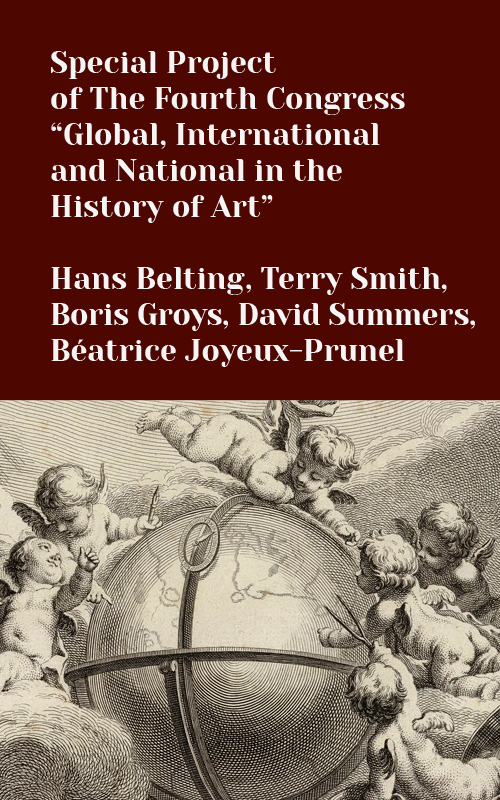 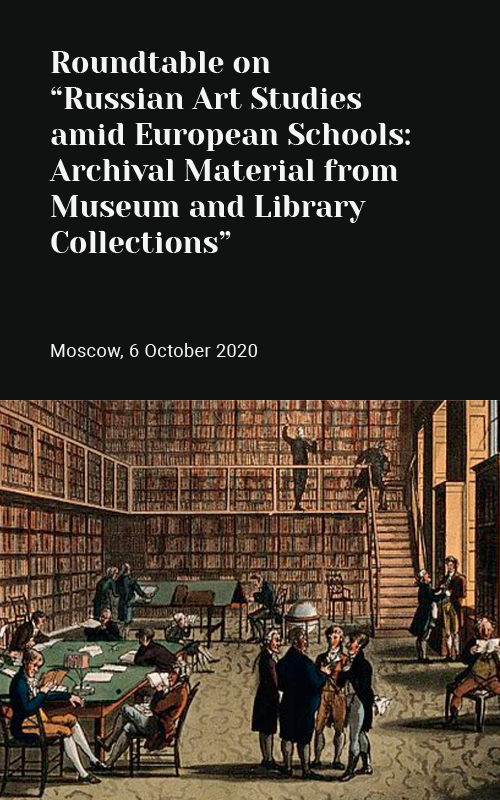 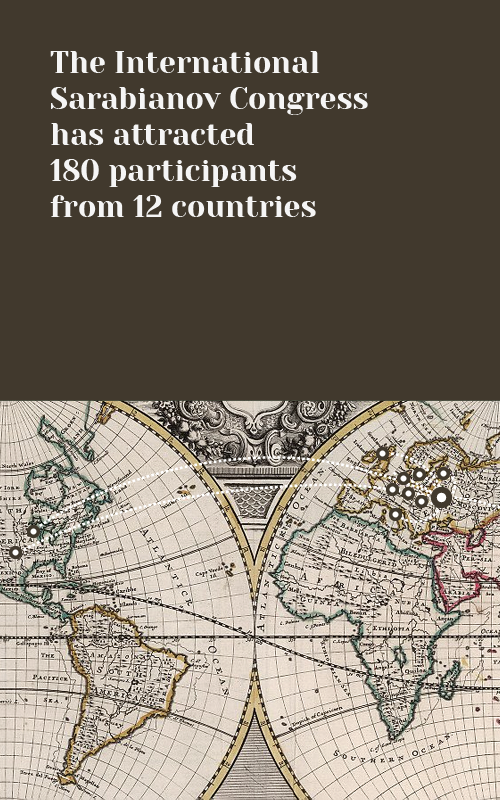 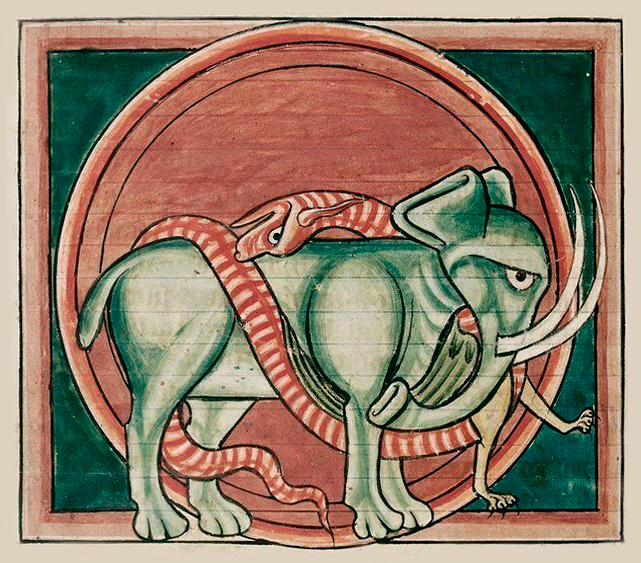 The State Institute of Art Studies invites you to the Fourth International Sarabianov Congress of Art Historians on “Russian Art Studies amid European Schools: Intellectual History and Migration of Ideas”.

A whole epoch of art studies in Russia is associated with the name of Dmitry Vladimirovich Sarabianov (1923-2013), who worked on key problems of modern art research. These included the national specifics of art and methods of studying them, “cultural memory” and analysis of latent “innermost” traditions, an interdisciplinary approach to the study of fine arts and architecture, interaction of Russian and European art, and the art studies, philosophy, philology, history and theology interface. Sarabianov took interest in art of diverse periods, which enabled him to see the interrelationship and kinship between seemingly opposite tendencies in Russian culture. In his research Sarabianov was always keen on and sensitive to new methods of art studies. By instituting the International Sarabianov Congress of Art Historians, we want to carry on and develop the potential of this approach to the study of art history and art study methods.

Formed in close interaction with European schools, the Russian school of art studies nevertheless has a number of specifics that have to do with the history and culture of the Russian Empire, the Soviet Union and the Russian Federation of our day. In the two hundred years of their history, art studies in Russia went through different stages and interacted with European art studies in different ways. In part our congress is a sort of revision aimed at rethinking the nature and results of this coexistence that developed ranging from parallel lines to mutual influences, direct or indirect, in different historical periods. It is beyond doubt impossible to address this global task without considering the methods of art studies per se in the broad context of the humanities.

We assume that our congress will help:

The organisers believe that the paramount aims of the congress are:

Topics suggested for discussion at the congress:

The international congress will give scholars inside and outside Russia a chance to discuss a broad range of topical problems of culture of modern and latest times in an interdisciplinary context, and to assess anew the place and role of Russian culture in European history. The forum of domestic and foreign art historians will aim primarily to develop new approaches to the study of Russian art. 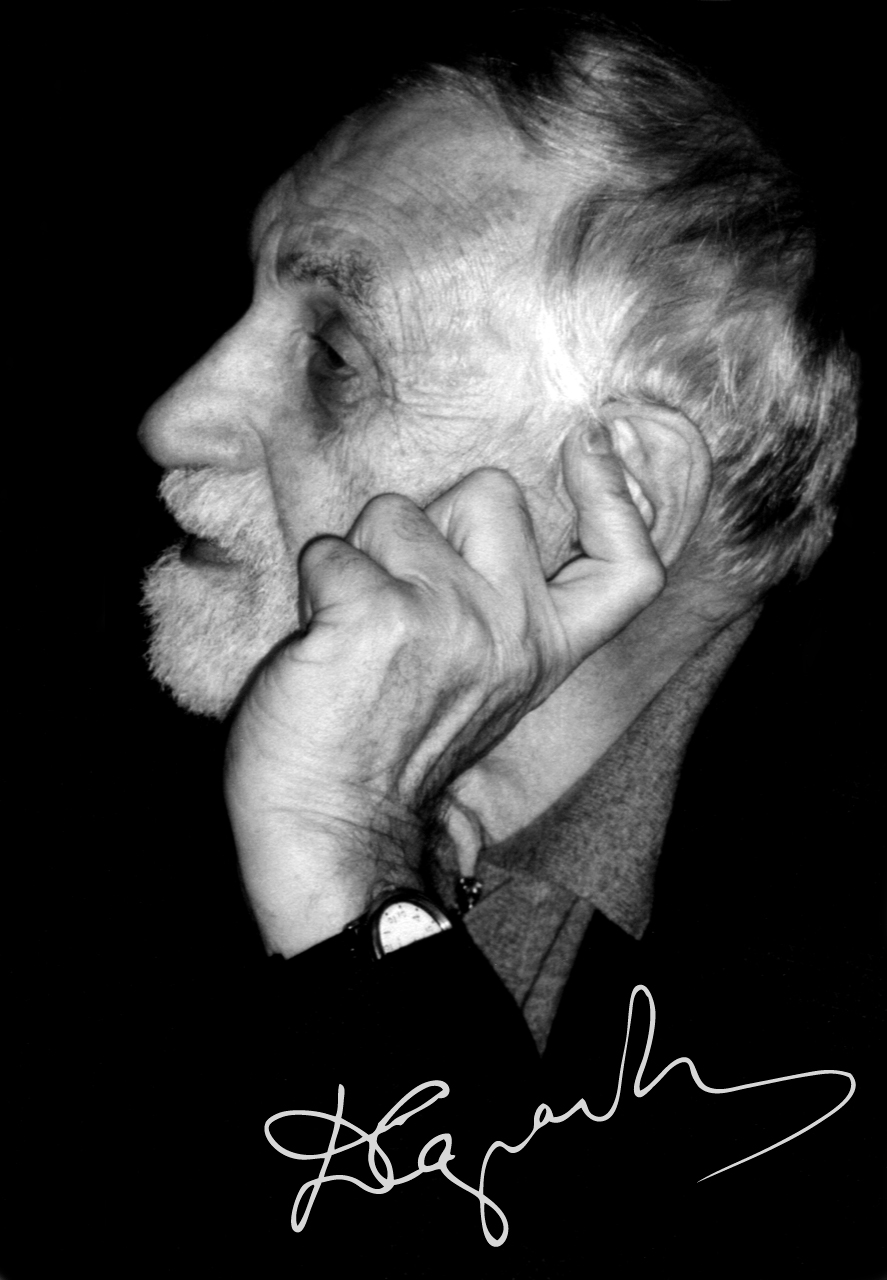 III.  Limits of the Norm: Transformation of Humanism in Russian and European Culture in Modern and Contemporary History

II.  The History of Art and Rejected Knowledge: from the Hermetic Tradition to the 21st Century

I.  Memory as the Subject and Instrument of Art Studies